What have you done today bee-related?

#9024  by Steve 1972
26 Sep 2020, 20:16
Today i was wanting to nadir supers but the wild wind/rain and low temperatures put pay to that..no bees where flying but all the feeders needed topping up..even on one that had not touched the syrup for weeks..also checked the inspection boards and the Apitraz is working a treat judging by the amount of dead varroa on some of the inserts..

#9026  by Steve 1972
27 Sep 2020, 15:00
Checked and topped the feeders up on the four hived nucs in the garden apiary..i love these little Lyson/Abelo mini Ashforth feeders that fit snugly into the recess on the Abelo poly crown boards..they are only 2.4L but being in the garden i can top them up as and when needed.. 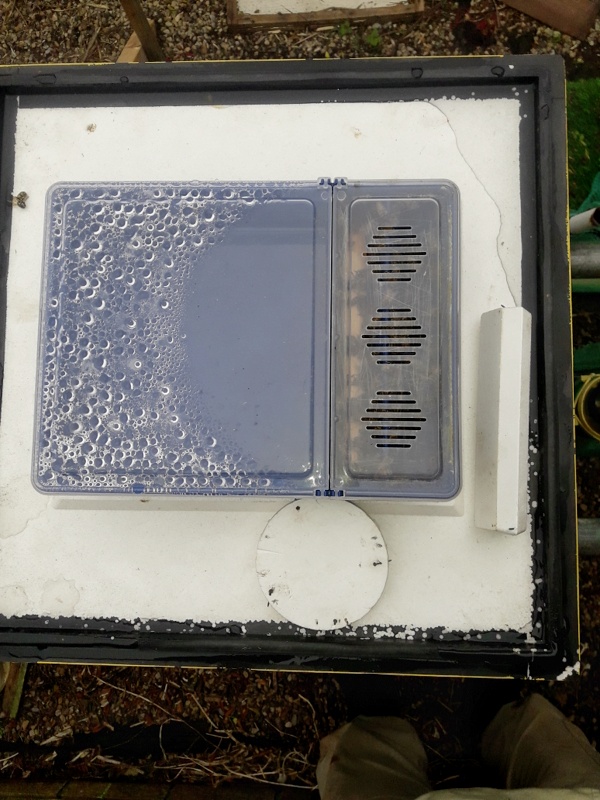 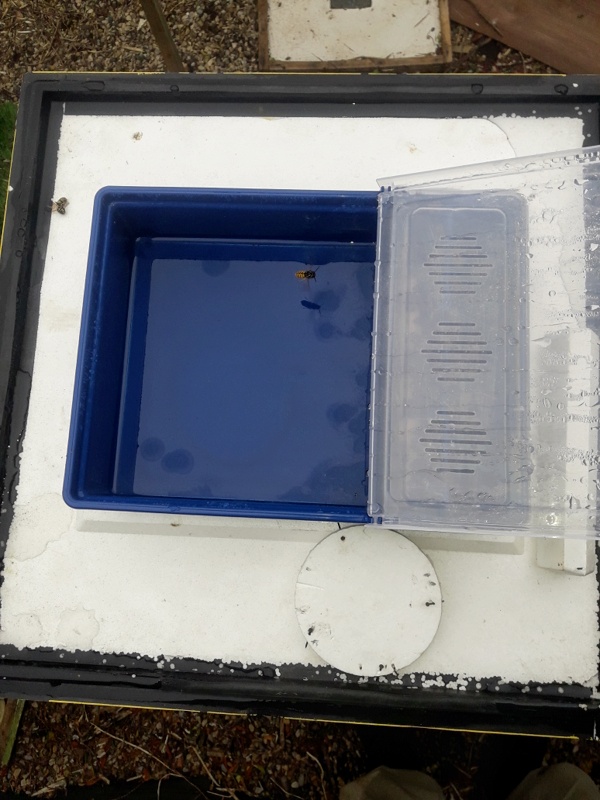 #9027  by NigelP
27 Sep 2020, 18:22
Yes they are rather neat feeders aren't they.
I had made the decision to buy the new type of Abelo hive because of them. Much as I love their 10l Ashforth feeders for the older style hive at £35 a pop it made financial sense. But having had an absolutely cracking market today at Wynyard today can afford to buy several Ashforth's....decisions decisions..........

#9029  by Steve 1972
27 Sep 2020, 19:23
Brilliant Brilliant Brilliant.. with the Market Nigel considering the weather...i was wanting to pop along for a chin wag but someone offered me some much needed work for my now not pup..i have a bottle of mead here for the next Market..

#9033  by NigelP
28 Sep 2020, 16:13
Sounds good. Since we got the green light at Wynyard the farmers market has been top notch. I think a combination of wide open spaces, free parking , masks not compulsory has attracted a lot of people. Long may it continue....Middlesbrough council has banned markets from occurring, yet Hambleton and District Council is strongly encouraging them......even got the BBC coming along to film Stokesley market next Saturday which will be featured in their Farmer's Country Showdown programme. Alas I wasn't selected as one of the traders they film in detail.

On a side note used up my last 100kgs of sugar to make thick syrup and topped up feeders. Interestingly all the Ashforth's were empty but the 2.5 litre "rapid" feeders were all untouched, despite dribbling sugar solution down the hole. It may just be coincident as they were put on the three heaviest hives as not enough Ashforth's for every hive.

#9049  by NigelP
01 Oct 2020, 15:07
Last major round of feeding today, most have now had 10L of thick syrup. One or two may need a bit more....we shall see. Been checking varroa drops on floors and finding them all to be on the low side. Not sure whether it has been a poor year for varroa.

#9054  by Steve 1972
01 Oct 2020, 18:34
Half of my colonies have had a huge Varroa drop since putting the amitraz into the hives..feeding is still continuing with the garden hives not yet heavy enough..the bees are still taking the syrup but slowing down..one suspect colony might be Queen-less or she is not laying by the small amount of bees..i will check that colony soon and do what is needed if no brood or Queen is present..

#9125  by AdamD
08 Oct 2020, 09:15
Last Saturday - in the wind - I united two mini-nuc colonies. These each have 8x Swi-bine frames in. The plan was to make the combined colony big enough to stand a good chance of surviving winter. The old 'caretaker' queen was quickly found and removed and the two boxes placed together with airfreshner (not something I usually use). Yesterday, I checked the colony and saw a queencell on the first frame I pulled out. Did the airfreshner not work, I thought? Did workers kill "the other" queen?
Looking through the eggless frames to destroy all queencells, I happened to noticed an un-marked queen. There was also visible, what might have been a queencell. This is 4 days after uniting. My only guess is that the old 'caretaker' queen was being superceded; I didn't notice and the young queen killed my marked one.

A bit annoying as I was planning to unite them a couple of weeks ago - however I have a 5 frame nuc which doesn't have a huge number of bees in it which is 3 miles away, so I can donate the bees to that, less the unmarked queen.
May your bees read the same books as you do.

Steve 1972 wrote: ↑
27 Sep 2020, 15:00
Checked and topped the feeders up on the four hived nucs in the garden apiary..i love these little Lyson/Abelo mini Ashforth feeders that fit snugly into the recess on the Abelo poly crown boards..they are only 2.4L but being in the garden i can top them up as and when needed..

I bought one of these this year - it's too wide for my 5 frame nucs but just fits 6 frame ones. It's better than some translucent ones I have where the plastic lids warp and bees get out but can't get back in again and die.

#9128  by thewoodgatherer
08 Oct 2020, 13:19
I tried out MAQ's this September on three hives and although two came through ok, the largest one on double brood has been tipped into collapse. This hive has been strong all year but has had the odd (one or two per frame) CBPV bees with shinny greasy looking abdomens. Having treated this hive I noticed massive bee mortality over the last month and on my hoped last inspection two weeks back the floor was and inch thick with dead and dying, many of which had the classic CBPV indicators. I also noticed queen looked sick, hardly moving and on the capped honey at the top of the comb. I decided to clean up the floor and leave them but with the intention of going back in.
Well yesterday given the nice sunny and marginal temperatures I took another look to find another inch or bees on the floor and queen still alive but on the same frame and in the same spot 10 days or so later plus no eggs.
It was time to make a decision, leave them to nature even though there was still maybe 7000 bees and some capped brood or unite with one of my spare late 2020 queenright nucs .

So I took the plunge, killed the queen and united, if i can get one more good day in a few days i will check them one last time to see if she's ok and leave them to it.