#12908  by AdamD
01 Jul 2022, 17:33
I was sent the attached photo of a brood frame from a suspect colony. You can clearly see curled up 'Chinese slipper' brood which has been uncapped - judging by the chewed cappings around some larvae. Would you think it's safe to say that it's sac brood?
With EFB, the larvae die before sealing, hence the thought that it's not that, as uncapping has clearly happened.
Note also the different coloured bees - so from mixed parentage. 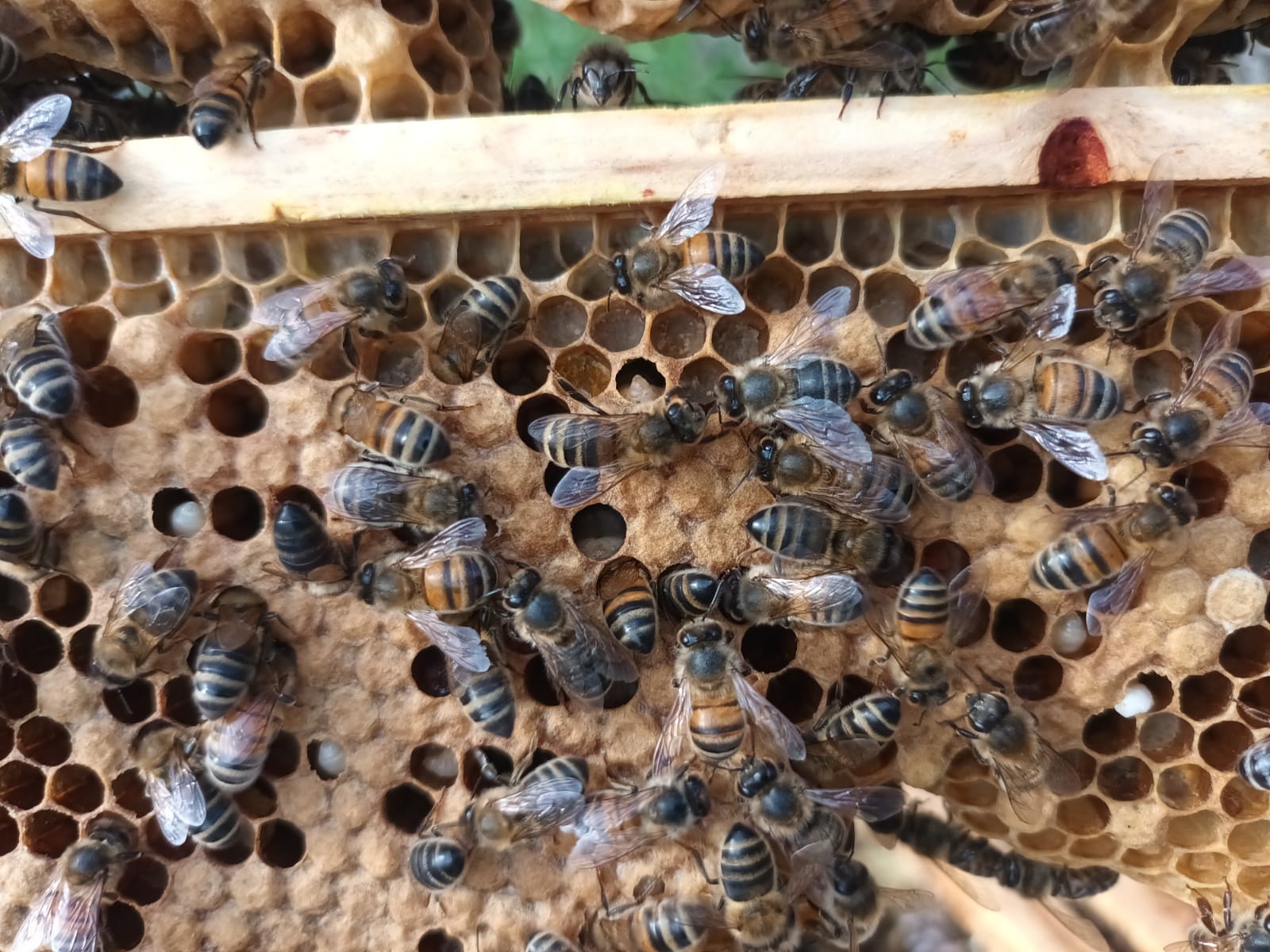