Forage , what's flowering in your area?

by Alfred
Osr is powering ahead
Apple ,cherry and pear are contmplating an appearance.
Hawthorn seems to want to do something this year and gorse is still going like a train- yellow powder paint packed throughout the boxes.
Ive got the trays out and they are all going round the back to retreive it from under the meshes.
The leylandi spews clouds of dust if you so much as look in its general direction,so I assume thats what it is but there is no interest shown by the natives despite the large quantity

Ive prepped soil (3/4 acre so far) and finally got around 100 sqm of sainfoin in to try.
Hoping its not as temperamental as it has been suggested.

How wildly exciting Alfred. When I was at college it was only a distant memory as a crop. Is your soil neutral to alkaline? I have seen it in pollinator or game cover margins. It’s an attractive plant.and was considered very good for grazing animals. If we ever get over our maize obsession, it may yet have its time again as a low input / low cost grazing crop.

Be interested to see how you get on. What are your plans for the rest of the area? Phacelia and borage is a winner and great self seeders.

by Alfred
Theres plenty of copy on 'tinternet regarding sainfoin, Patrick, but most is centred around agricultural uses with drilling rates in hectares and discussions around companion grasses- very little for smaller scale horticulture/garden application
Ive not tested the ph -I just know the soil is just bloody awful - boggy loam that dries to concrete with big seams of semi rock/clay just under the surface- nothing like the chalky blends it thrives on.

As previous to last year half the patch will be borage with the majority of the remainder going to blue cornflower ,both cheap in bulk and as easy as nettles to grow.
Convenient for the bees as they do like vast mounts of the same stuff to work on. 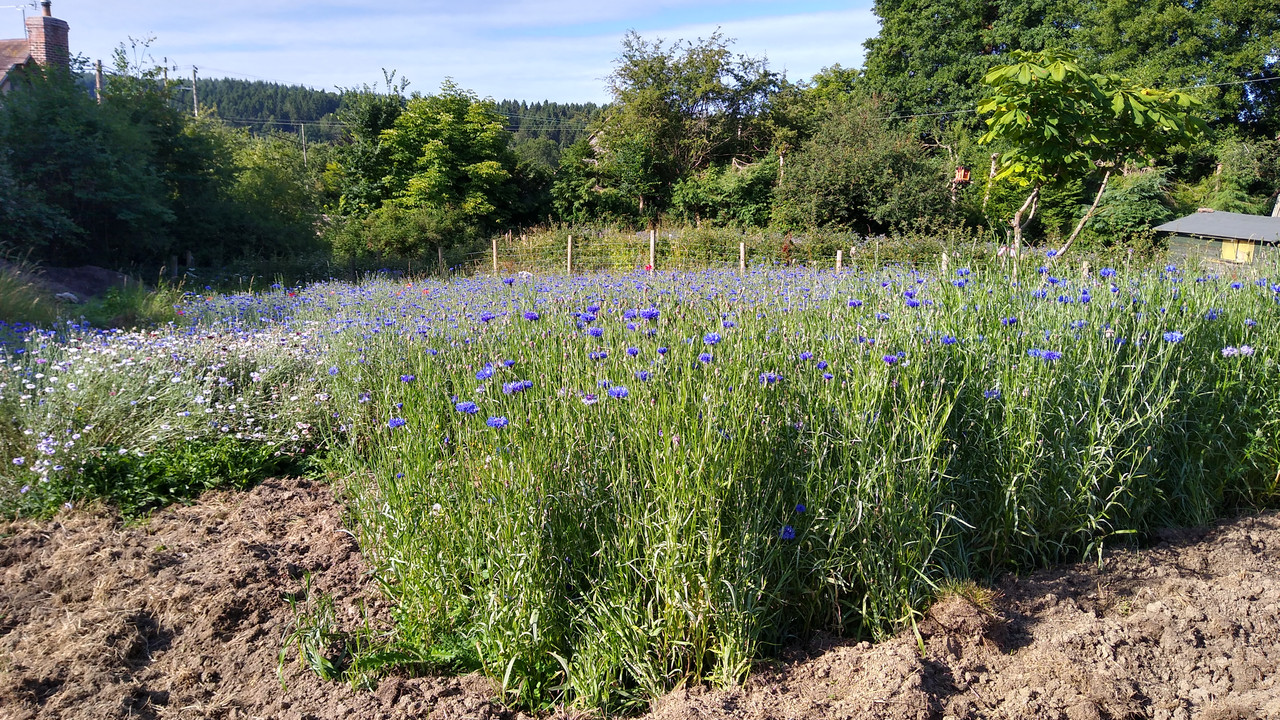 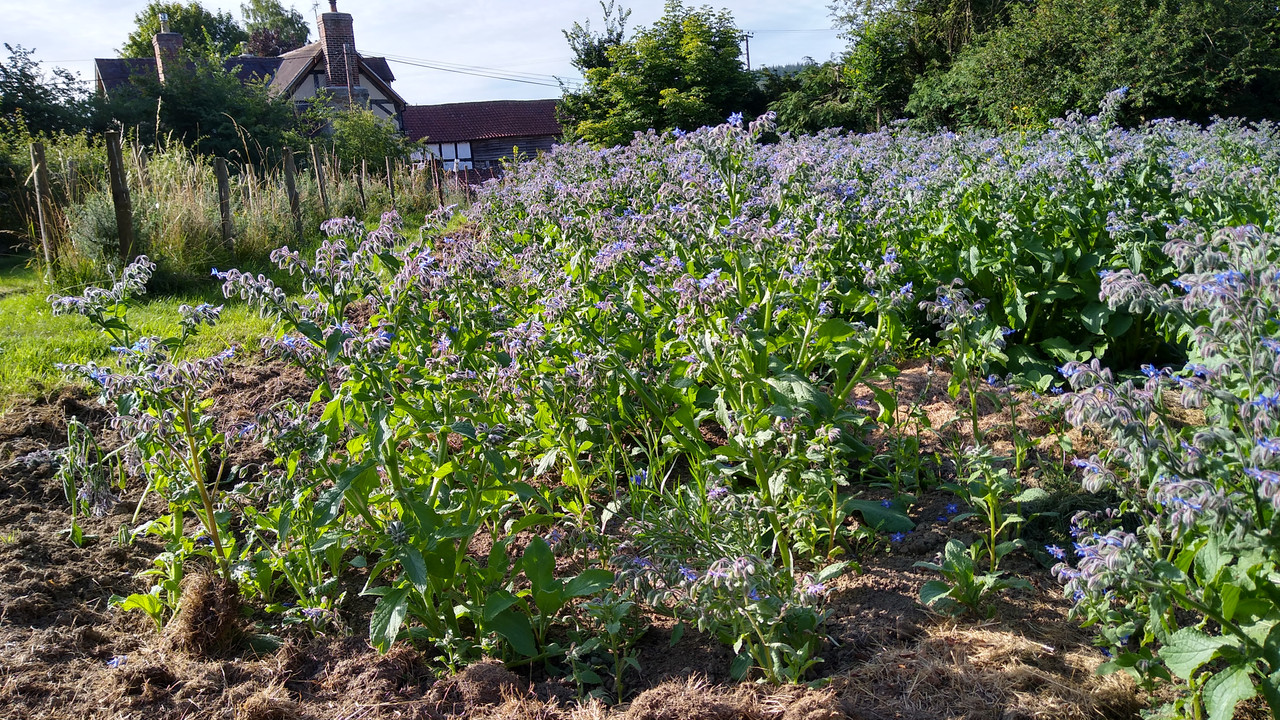 With the virus still about the local estate still have a few million pheasants unshot so Ive had to spend a few million on scaffold netting to keep them off the seed... 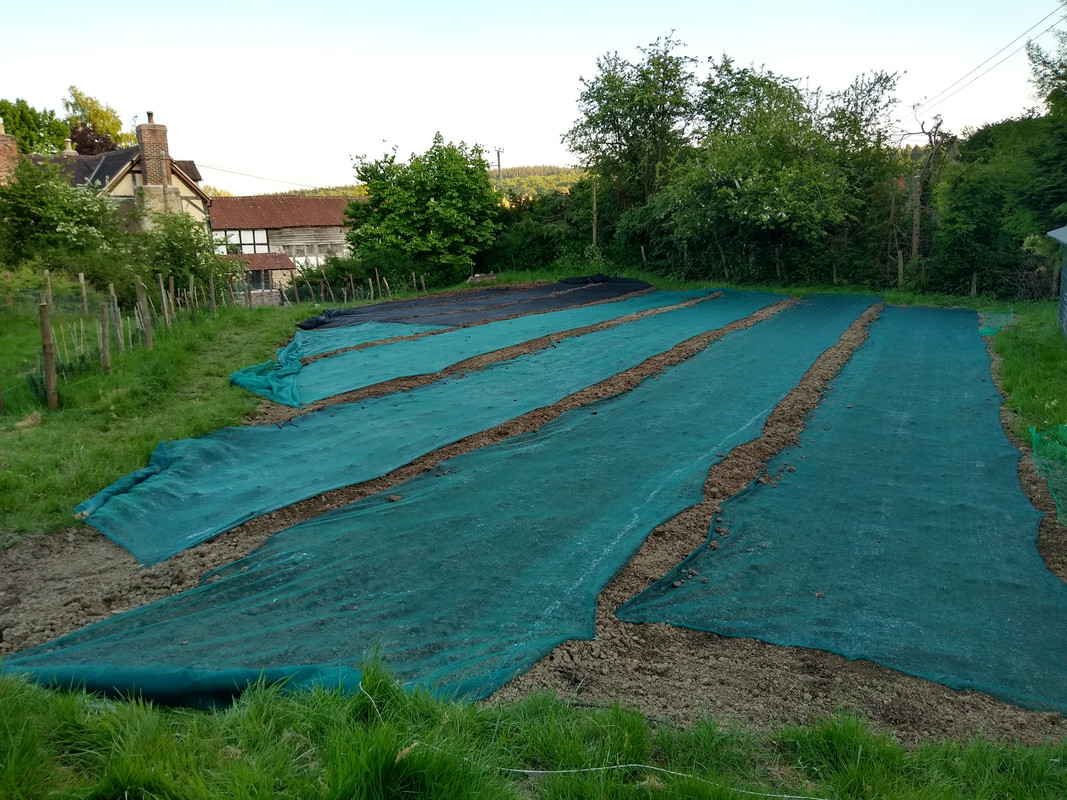 Im aware that my hives have created an unnaturally high concentration of one species ,perhaps to the detriment of other pollinators so one section goes to wildflower mix as some compensation and diversity.

Pathways navigating around the patch will be mowed only to the centre allowing the outsides to grow wild assisting the grass snakes that seem to be reappearing.
Im slowly eradicating white nettles as the red and yellow deadnettles take over.
One large section that was scrubland is now passable as 'lawn' so Im scarifying that bald and installing the white clover.
Any remaining grassy areas are to be treated with more yellow rattle 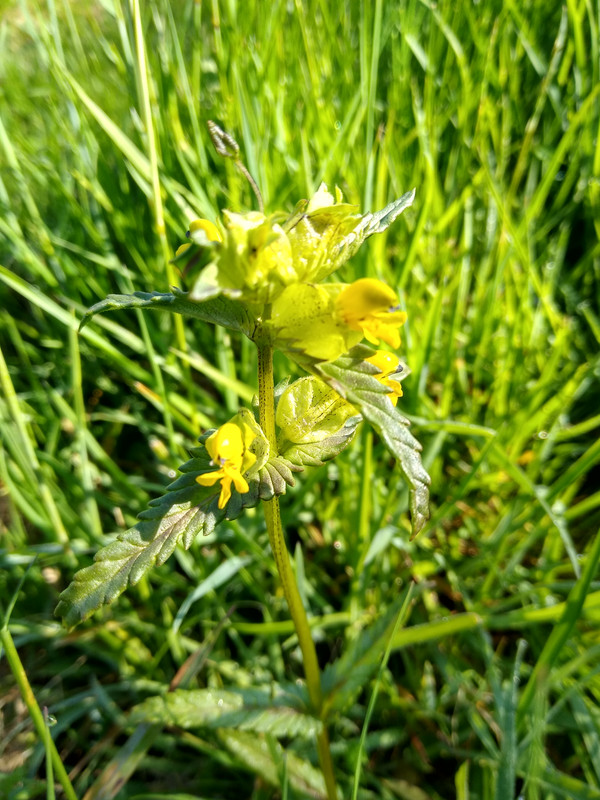 It does seem like a lot of work but Id only be having to mow the whole lot weekly anyway to prevent the ants building Twin Tower replicas.

The wildlife pond is a big hit with the bees as a watering hole (and also toads) Despite being only just 12 months old it looks ancient. 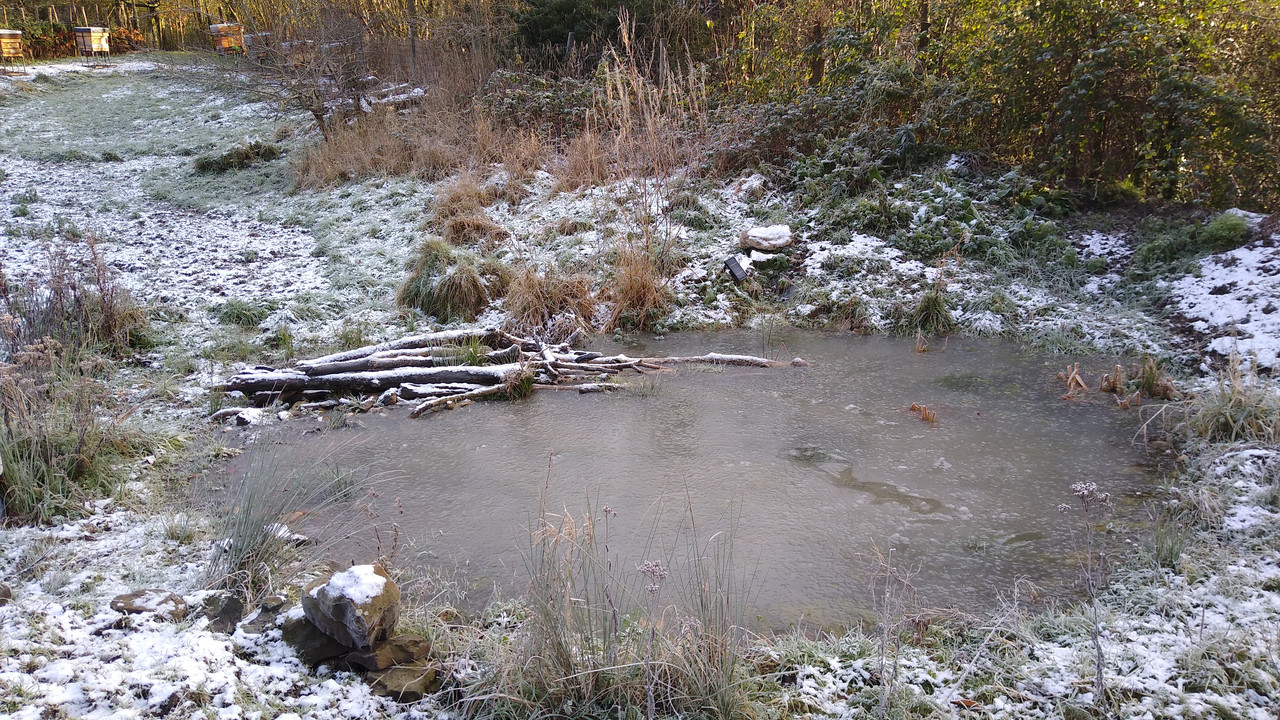 Another one planned in the woodland clearing.
I put more fruit trees down in autumn and im nurturing some crabapple seedlings which I hope to have ready for november .
Withall this , demands from the employer picking up faster than ever , swarm season on the doorstep ,hive building,and the new tax return to fumble through Im already getting frazzled.
Might need to take up a relaxing hobby- like beekeeping...

by Patrick
Wow, that is a really interesting project Alfred. Good to get the yellow rattle established. Incredible how things discover ponds. The sainfoin may not grow as lush on a less calcareous soil but you are not growing it as a crop so maybe not an issue? Sure your local pollinators will happily get a look in too

by Bobbysbees
Any recommendations of a good wild flower mix for the back of my apiary? i tried some stuff off amazon last year but I get a feeling it was 99% vermiculite rather than seed and nothing came up at all on it. to say i was displeased is an understatement.

by Steve 1972
Phacilia is a powerful Bee magnet..

by Patrick
Creating wildflower meadow areas is surprisingly challenging - another good reason to cherish the remaining scraps of natural unimproved grassland we still have left. The wish on many peoples part to try to reverse the decline has created a mini industry in “just add seeds” wildflower packets. They are a cynical play on most gardeners assumption that all you have to normally do is just hung in some seeds and stand back. The usual problems include nutrient enriched soils, existing seed banks full of fast growing ruderal weed species, inappropriate planting and over dominant grasses never letting the seeds get established.

As Steve says you can try things like borage, phacelia, red clover etc which are great for pollinators.

If you really want to create a wildflower area, first establish your soil type and natural degree of shading. Rather than waste money on generic packets of “wildflowers” which often contain cheap fillers of foreign varieties and commercial cultivars, I would approach some of the specialist nurseries and look for a mix based on your soil type and seek their advice. Do not rule out planting “plugs” (small already established plants.

by Alfred
Try PrettyWildSeeds website
Not cheap but the stock is good quality
There is a bulk option which I find more economical.
There's a range of different mixes for different jobs(including a "beekeeper mix").
If you're serious then consider establishling the area first with yellow rattle as it will suppress grass growth and bear in mind it's long term commitment not instant gratification....

So is pond water!

by Bobbysbees
Thanks. The soil is well drained full of leaf little from the laurel tree and the remains of several years of neck deep brambles that I spent last year clearing but left a few round one side of the apiary. Only thing coming up so far is a bit of shepherds purse a few nettles and lots of sticky willy/goose grass.
I must tell my neighbour to stop trimming back my ivy though. I wouldn't mind so much if he didn't then chuck all the clippings over the fence behind my shed lol. I might just move the compost heap to there and save me having to cart it over the other side of the garden.
All times are UTC+01:00
Page 25 of 26
Powered by phpBB® Forum Software © phpBB Group
https://www.phpbb.com/